Merry Christmas from the Skally Line!

After catching the CP on the Hinckley Sub., I headed south from Hinckley to catch the Skally at work. Having already dropped cars for interchange they rolled south and SCXY SD40M-2 #1326 was on point. Until the matching 1325 gets delivered, it is partnered with ILSX GP10 #1345. The big EMD looks as good as it sounds! 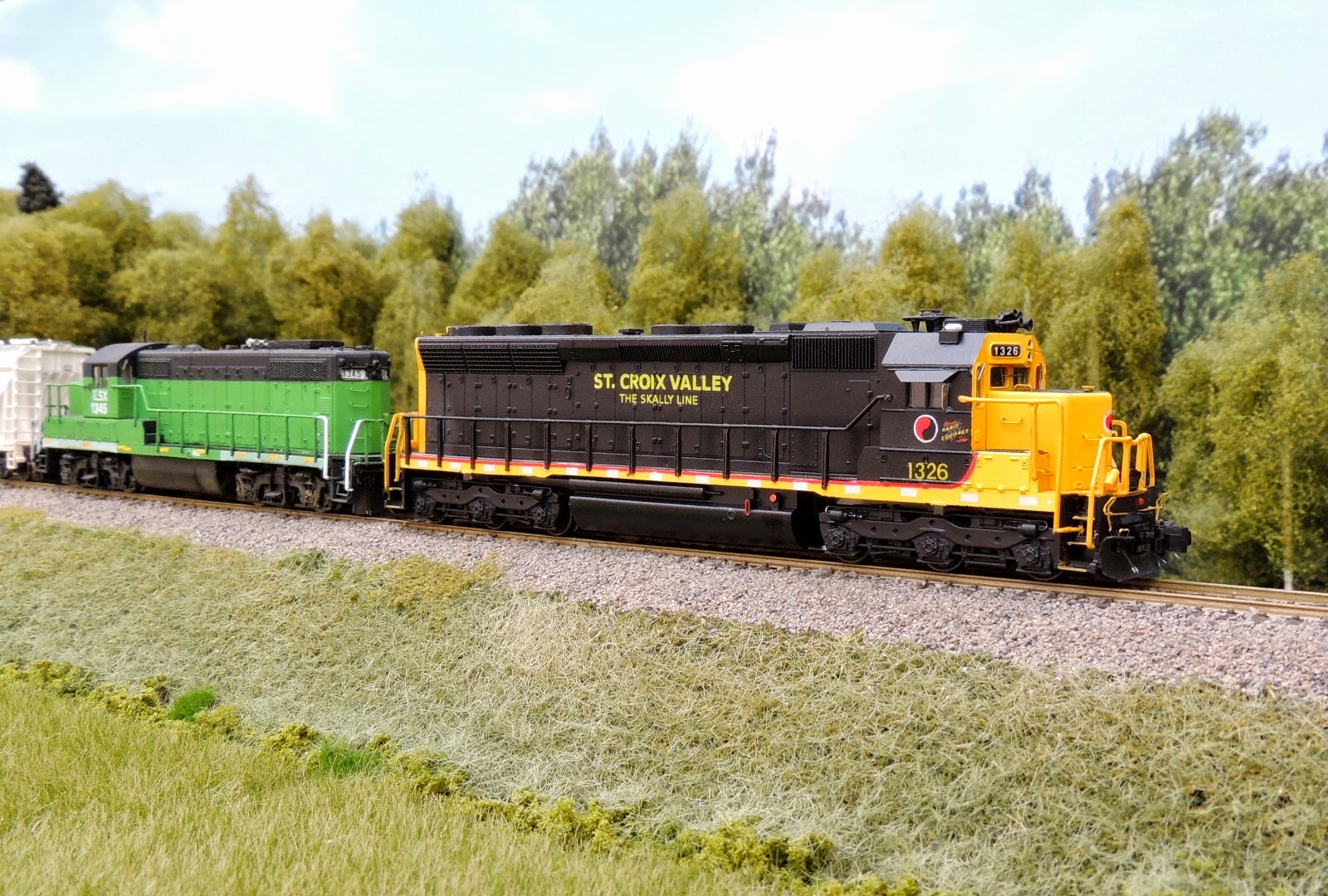 She's still clean from her trip. After getting repainted by the WSOR shops in Horicon, WI, she stopped by the BNSF shops at NTW for a little work. 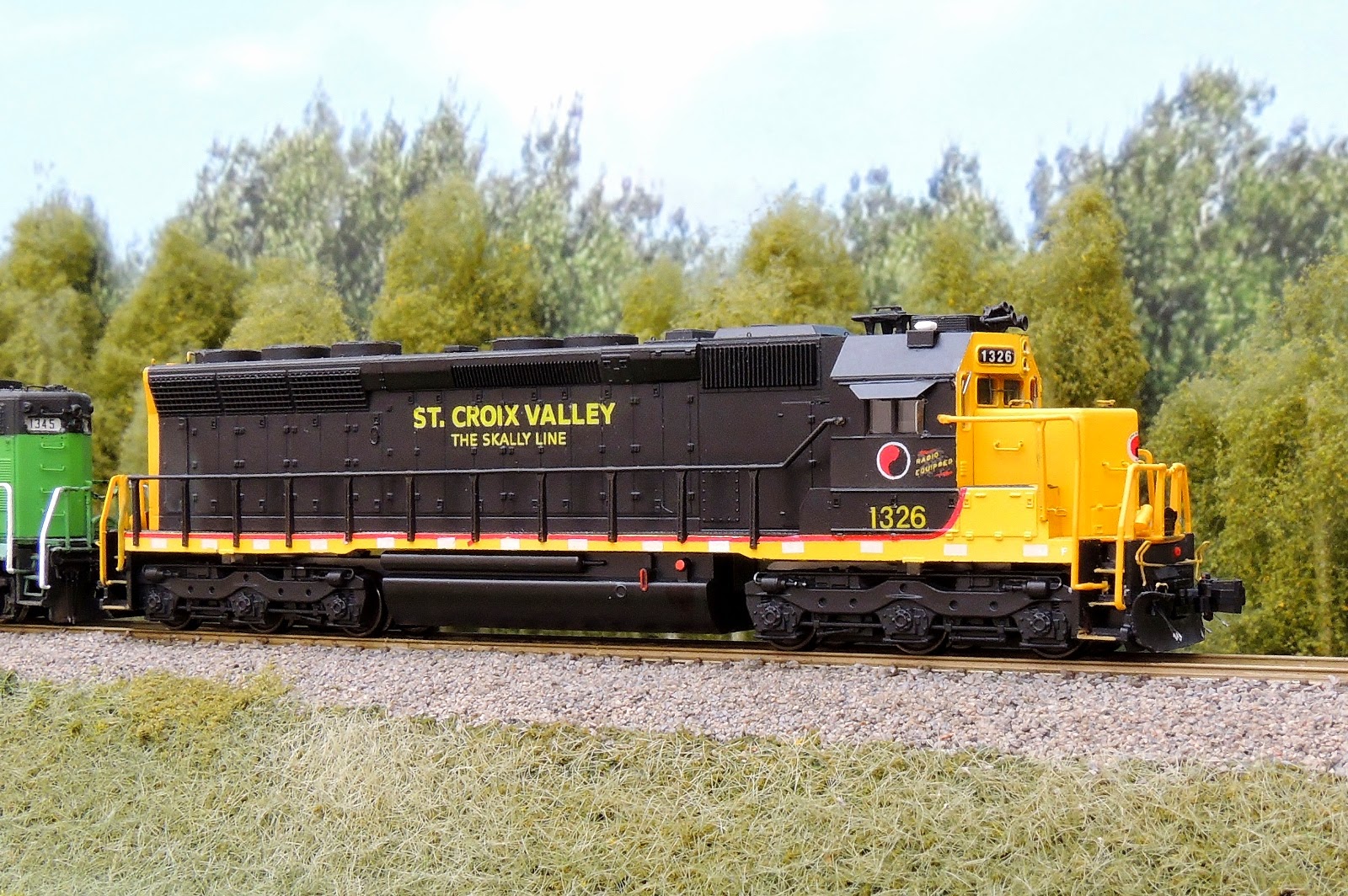 This engine started life as an SP SD45, before getting repainted for the UP merger. You can still see the UP cues like the mu cable holders. You can also see the spare knuckle holders on the pilot. 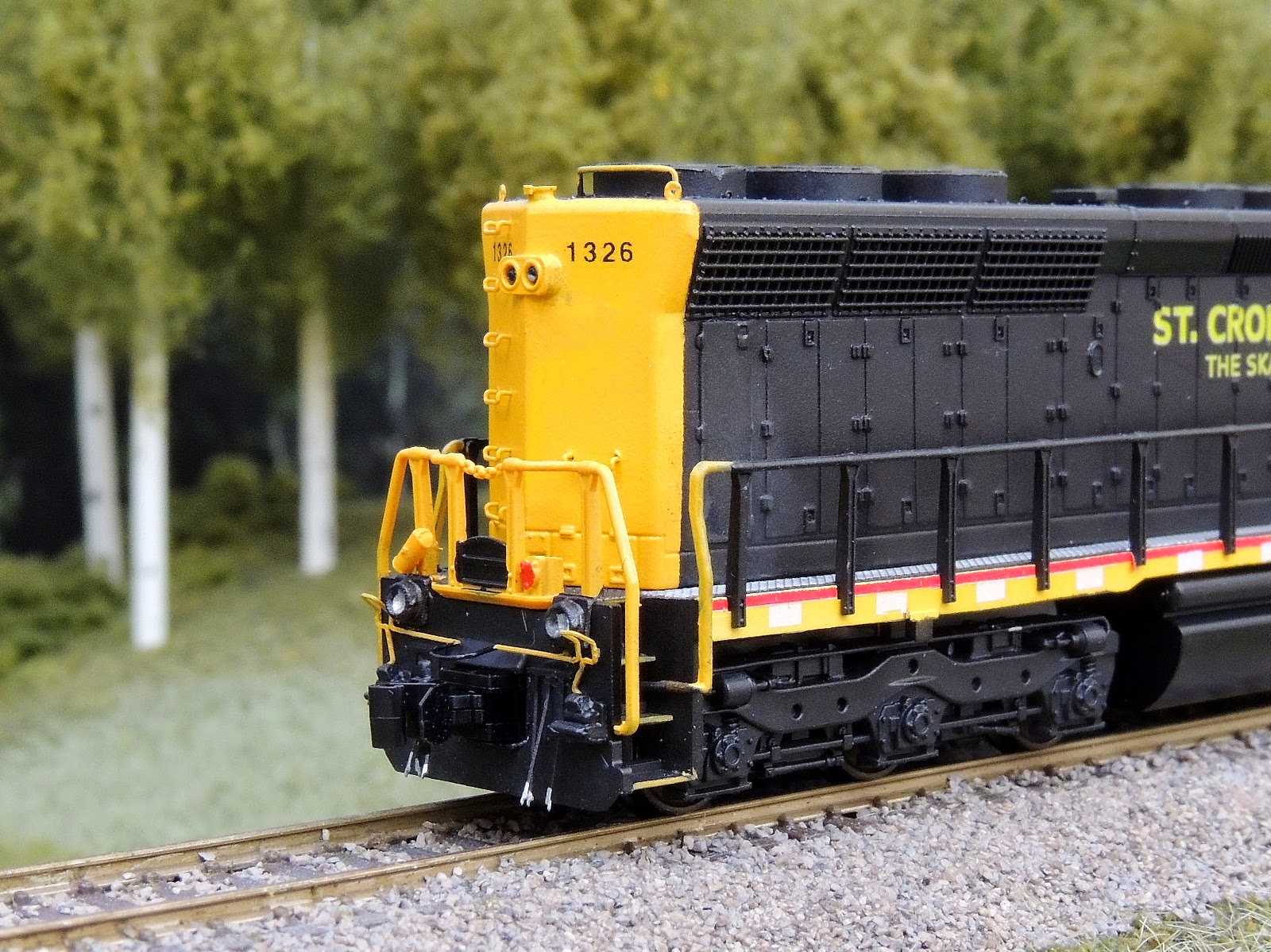 The UP and the SP both liked to have the antenna stands up top. The UP added the GPS dome. You can see the new addition to the Skally scheme, the "Radio Equipped" logos. These are also being added to the SCXY GP's. 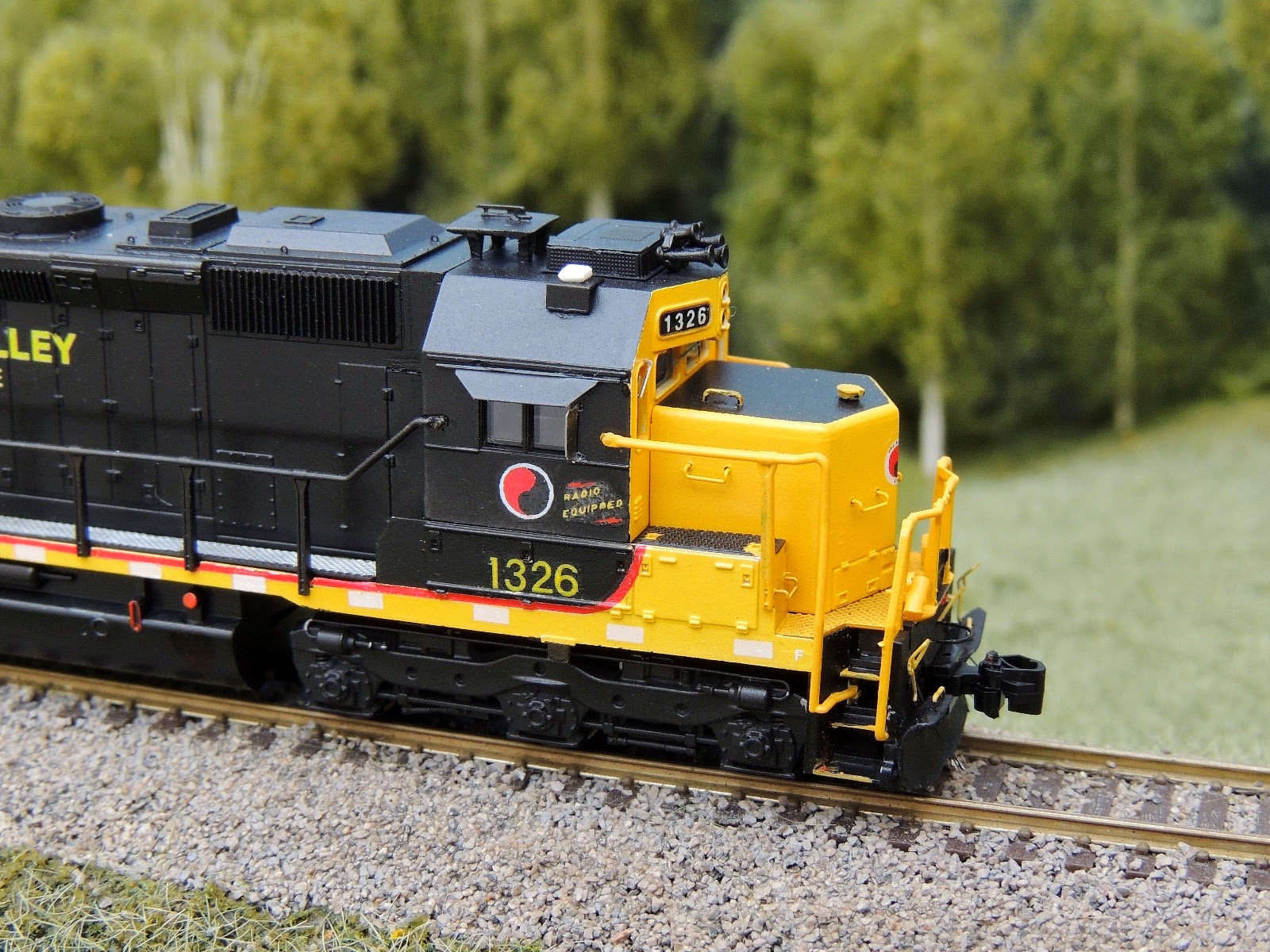 In real life I started with a Kato SD45, I had to modify the dynamic brake housing, add all the extra details, the fans, mu hoses and cut levers are Trainworx, the grab irons are BLMA, I also added Sunrise rear ditchlights, the front are from Shapeways. The AC unit is BLMA. The Antenna stand is a modified Kato unit with a Sandro Sinclair. The GPS dome and the mu holders are scratch built from styrene. 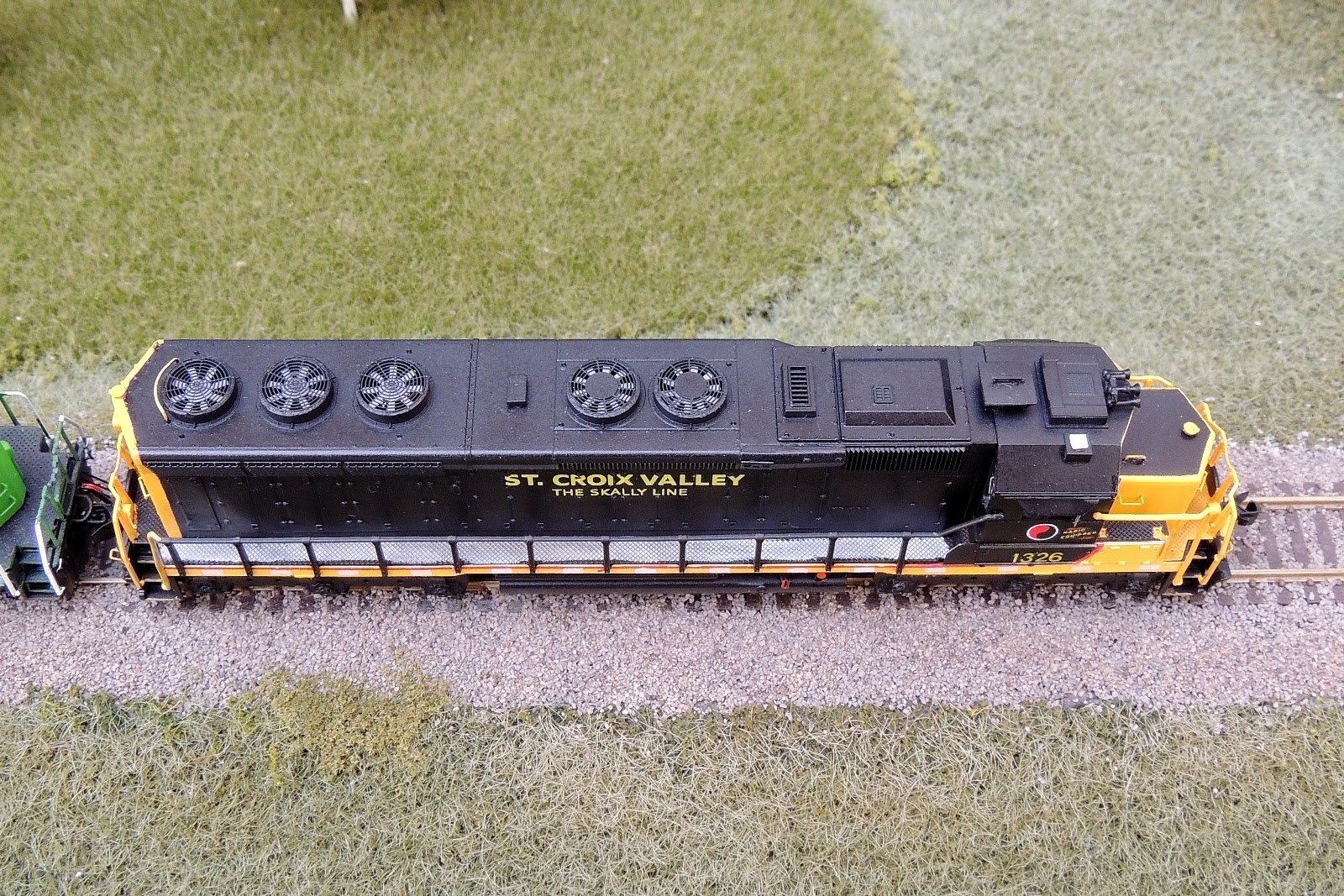 The paint is Signal Yellow and Engine Black. I'm glad to have this one in active service now!
Posted by Karl A. at 2:50 PM 2 comments:

Email ThisBlogThis!Share to TwitterShare to FacebookShare to Pinterest
Labels: 1326, Skally

I am building layout! I swear it is true! I was shooting photos last week from Cajon Pass to Tehachapi Loop and it got me fired up to build some more Skally Line.

I'm calling the new section Rush City v3.0. I got the birch plywood ripped and the tops cut. Tomorrow I will cut pieces to length and get the modules built. I will also be building two 90 degree corners. If I have enough lumber left over I will build a pair of N Land Pacific FreemoN modules too, but the Skally is the priority right now. 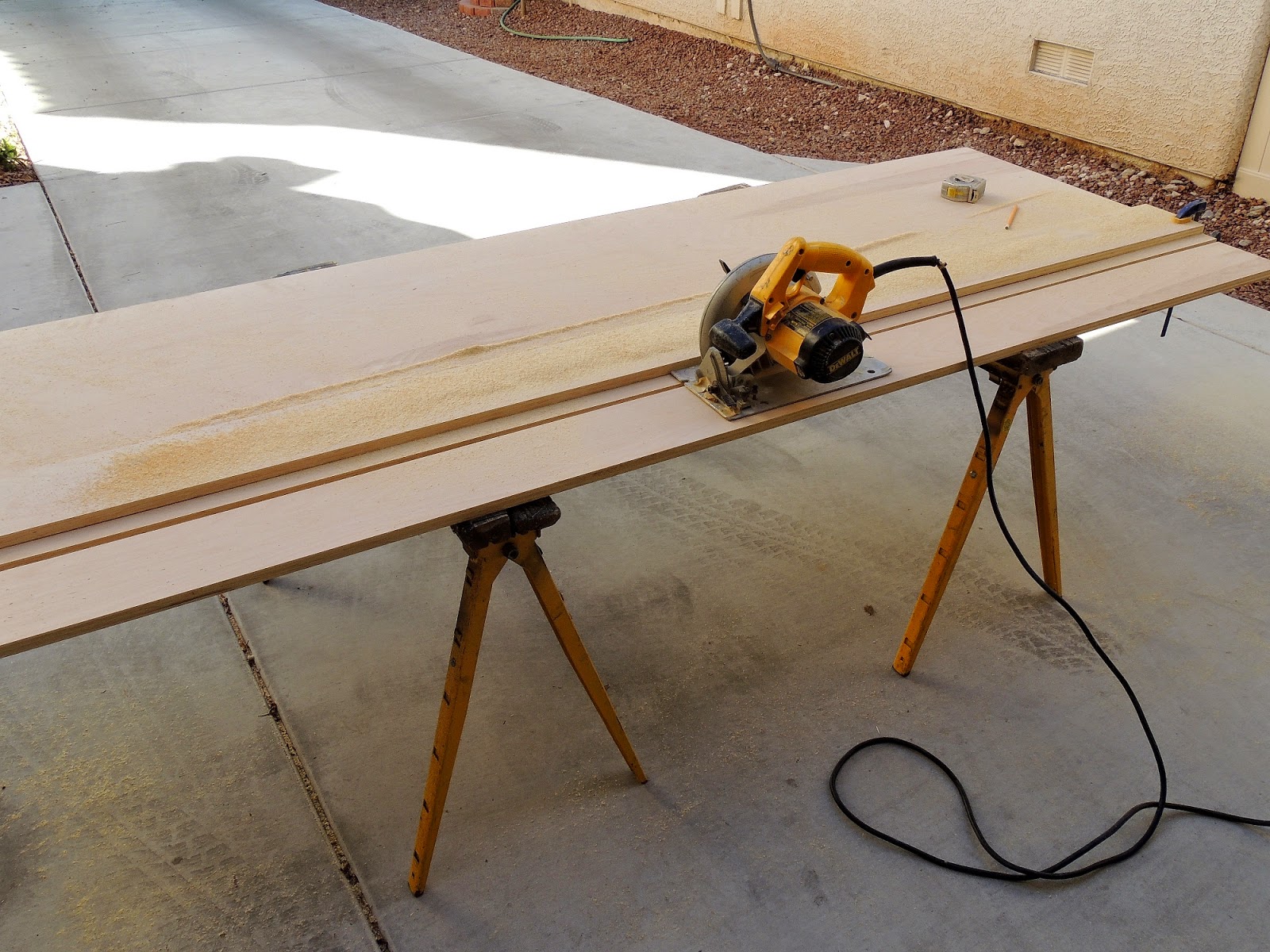 New Atlas #7 switches and tortoises are en route right now. I need to get more keyed DPDT switches to run them all. Life is good.